Piran and Purdyare 1 year old male Ginger Domestic Short-Haired Cats. Two best friends looking for a quiet indoor home together. Originally rescued as kittens after being abandoned in Romania, these two ginger boys did not know each other until they came into foster but soon formed a strong bond so we have decided not to separate them now. They are lively, curious and energetic boys but Purdy especially has a very nervous streak and will spook at noises or anything he is unsure about. When he knows and trusts you he loves cuddles though and will nestle into your neck. 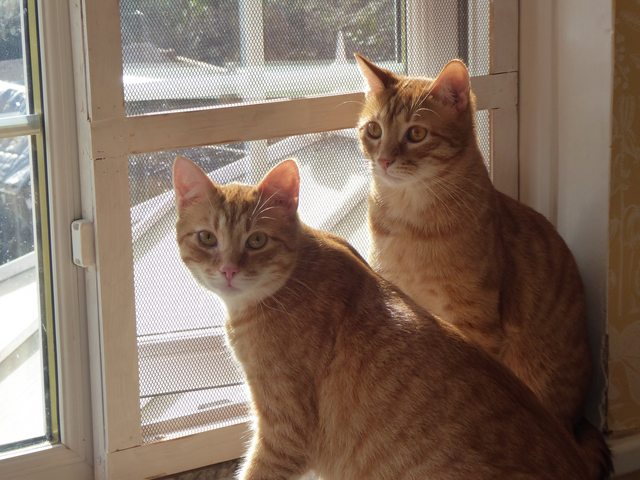 Piran is more confident but can still be timid at times, he loves smooths and a fuss made of him. Purdy jumps on door handles to open them! They are cheeky minxes, so timid really only partly describes them as they are also full of beans when they are not scared of something Purdy is nearly two and Piran is nearly a year old. 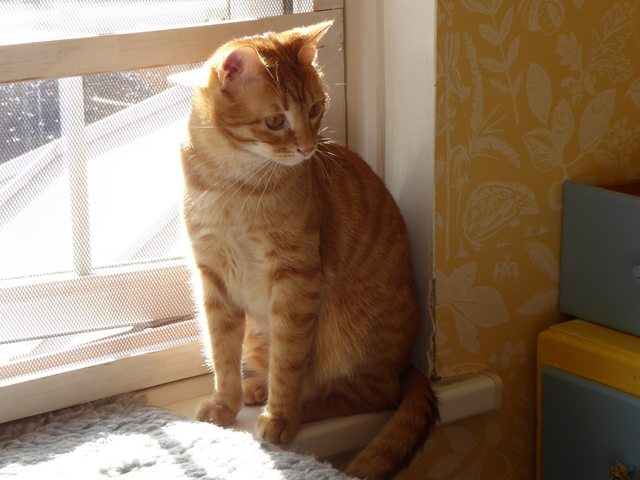 They are almost identical ! Both boys are fully vaccinated, neutered and microchipped. They need a quiet, stable indoor home without children (teenagers may be okay) they get on fine with other cats (and dogs) but with plenty of space for their energy. They really are a smashing pair of cats. 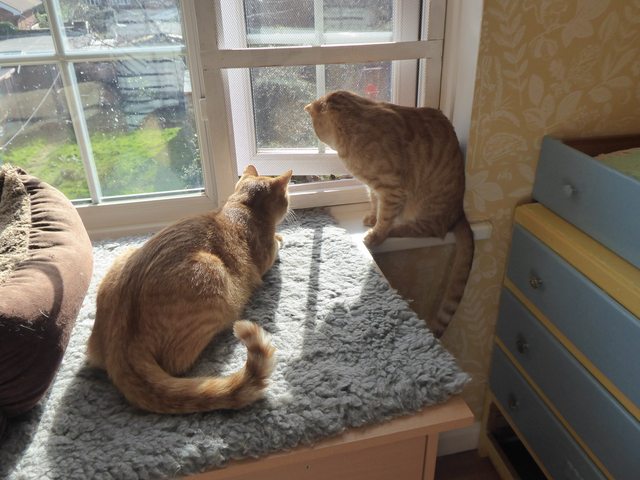 A homecheck will be required, adoption fee per cat is Â£65. Currently in Exeter so looking for a home in the South west

Enquire About This Cat ⇢